Is it just a little weed? Maybe its only hemp

About four months ago, we posted a blog describing marijuana possession and the current state of the law in Texas. After this year's legislative session there was a change to the law defining hemp and this change is confounding the prosecutors. Since the change when into effect, which was immediately after the Governor signed the bill into law, how marijuana cases are dealt with has drastically changed.

Possession of Marijuana is still illegal

The crime of possession of marijuana did not change. In the state of Texas, it is still illegal to possess any amount of marijuana. The punishment for possession can include a jail sentence, fine, probation, or even a prison sentence depending entirely upon the weight of the marijuana. The Texas Health and Safety Code section 481.121 says a person commits a crime if they intentionally or knowingly possess any amount that is a usable quantity of marijuana. There was some discussion by legislators and lobbyists about decriminalizing possession of marijuana, but the Lieutenant Governor made it clear it would not happen this term, despite a growing chorus of supporters.

Marijuana and hemp in Texas

Marijuana is defined as the plant Cannabis Sativa L., the seeds, and any derivative of the plant or its seeds. The problem arose this year when the definition of Hemp was changed. The possession, transportation, manufacture, selling and distribution of Hemp is legal to an extent in Texas and has enjoyed some recent growth in popularity. This legislative term HB 1325 defined Hemp as, “the plant Cannabis Sativa L. and any part of that plant, including the seeds of the plant and all derivatives, extracts, cannabinoids, isomers, acids, salts, and salts of isomers, whether growing or not, with a delta-9 tetrahydrocannabinol concentration of not more than .3 percent on a dry weight basis.” 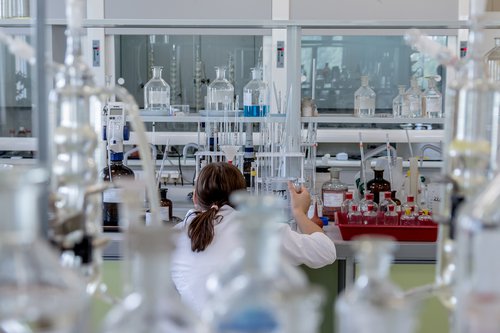 Delta-9 Tetrahydrocannabinol, or THC, is the chemical that gives marijuana its affect, it is what causes the high.

What this means for Texans arrested with pot, weed, ganja, Mary Jane, or just plane old marijuana is the state of Texas should now have a laboratory test confirming the plant in question has more than .3 percent of the THC chemical in it to be prosecuted. At first blush this doesn’t seem to be a problem; we are well aware the state has labs testing for all kinds of chemicals and confirming all types of substances are in fact drugs. The issue, though, is the labs used by the prosecutors do not have the functionality to test the difference between marijuana and hemp at the level established by the new law, or there is simply not enough money to test every case involving the possession of marijuana at around $600.00 per test. Because hemp and marijuana are so intertwined it is more than likely no longer sufficient for an officer to say he can identify marijuana based solely on his training and experience, nor will it be sufficient to simply do a confirmatory test without analyzing further the percentage of THC present in the evidence.

As things change with Texan’s comfort with marijuana, some agencies are already changing the way they handle marijuana cases. Officers were given the opportunity to issue citations and summonses to court instead of arresting people for possession of marijuana in 2007 and some agencies are taking advantage of this change. Harris County’s district attorney instituted a diversion program in 2017 and Dallas county followed suit with the elections of new district attorneys. These changes were instituted prior to the change in the hemp definition this year, by criminal justice reform minded district attorneys. The change by HB 1325 has caused prosecutors in Harris and Tarrant counties to dismiss hundreds of pending marijuana cases. Harris, Fort Bend, Bexar, Nueces, Tarrant, and now Denton County district attorneys have all issued statements to local law enforcement not to file any marijuana cases and that they will not be prosecuting these cases. Other counties, such as Travis county, are taking marijuana charges on a case-by-case basis. There are still counties, El Paso for example, where the district attorney is going to continue prosecuting marijuana cases. Gov. Abbott, Lt. Gov. Dan Patrick, House Speaker Dennis Bonnen and Texas Attorney General Ken Paxton sent a letter to Texas district and county attorneys explaining the change in the hemp law does not affect the ability to prosecute marijuana cases and did not decriminalize marijuana.

If you or a loved one are arrested for possession of marijuana, the criminal defense lawyers at Goheen & O’Toole, P.L.L.C. are here to help you. With our experience in hundreds of jury trials, our knowledge of the changing landscape of marijuana and hemp laws and our understanding of the collateral impacts of a marijuana conviction we can guide you through what has become a confusing process. We have the experience to help you understand and resolve your marijuana case quickly, efficiently, and at the lowest level of impact to you. Contact one of our dedicated marijuana trial attorneys today.

In Texas the possession of marijuana is still illegal; and, while some local prosecutors may not prosecute, you could face ...
Learn More