It's just pot, it's still not legal in Texas

One of the most common statements we hear from our clients lately is “what’s the big deal, it’s just pot.”  If you’ve been watching the news you probably already know the answer is ever-changing in 2019.  Just as the legality and collateral effects of marijuana possession can differ from Colorado to Texas or California to New York, so too do they vary from county to county and even city to city.

Possession of Marijuana is still illegal in Texas

The big takeaway – pot, marijuana, Mary Jane, reefer, THC, ganja, grass, herb, no matter what you call it, is still illegal under federal law, and in Texas it is still illegal under state law.  In fact, possession of ANY useable amount up to two ounces of marijuana is a class B misdemeanor in Texas which carries a possible punishment of up to six months in the county jail and up to a $2,000.00 fine, or both. The severity of the charge goes up from there depending on the amount of the weed possessed.  Although legislative trends show that while other states are decriminalizing the possession and use of marijuana and more and more bills are trending toward legalization are being filed in Austin, Texas may be one of the last states to cave.

The next question we hear is, “do cops really care whether they catch you with marijuana?”  The lawyers at Goheen & O’Toole commonly represent clients who have recently moved to Texas and were used to the practice of police simply confiscating any marijuana so long as the client was honest about it.  However, across the vast majority of Texas, police DO still care about “a little bit of weed.”  Whether an individual is honest or not about what might be found in their car, if an officer finds marijuana, they will still arrest the individual, charge them with possession of marijuana or THC, and then, depending on the local district attorney’s office, the individual may get prosecuted.

The Prosecution of Marijuana varies across North Texas

Perhaps you’ve heard major cities such as Houston and Dallas are no longer arresting but rather issuing citations for marijuana possession.  This is true, but only applies to the specific city.  That is, Dallas Police Department might find marijuana on a routine traffic stop and simply issue a citation, but Richardson Police Department, directly north of Dallas and partially inside Dallas County, will still arrest on site if weed is discovered.  Moreover, the policy decisions of cities such as Dallas and Houston are driven by monetary costs, jail populations, and a clogging of the court system. These city specific decisions are not indicative of a changing mentality of law enforcement. 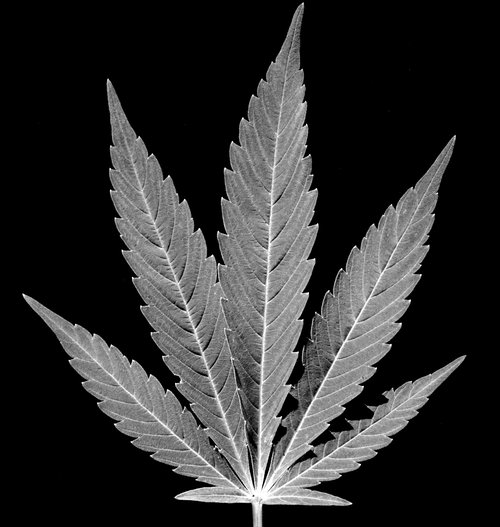 If you live in the Dallas-Fort Worth Metroplex, and occasionally find yourself in possession of cannabis, there are some positive policy changes recently enacted by the newly-elected District Attorney of Dallas County, John Creuzot.  Upon taking office this past January, Creuzot announced all first-time offenders arrested for possession of marijuana would receive automatic dismissals at their court settings.  Second-time offenders could complete certain conditions and then receive a dismissal.  Again, however, these policies ONLY affect Dallas County; the neighboring counties of Tarrant, Denton, Collin, and Rockwall are still prosecuting individuals caught with marijuana in their possession.

Perhaps the biggest shock we’ve seen recently to our clientele in regard to marijuana, though, is the criminalization of THC, the active ingredient in marijuana and its closely related cousin, CBD. The Texas Penal Code classifies any useable amount of marijuana under two ounces of weight as a class B misdemeanor.  However, the actual substance THC is classified as a controlled substance under the same statutory schedule as “harder” drugs such as cocaine or methamphetamines. CBD, meanwhile, is even more confusing, since depending on the presence of the THC compound in the CBD, possession could be a misdemeanor or a felony. Because of that distinction, THC cartridges, “edibles” such as taffy or gummies, or CBD oil are weighed and classified according to that schedule. Depending on the weight of the cartridge, edible, or oil the charge may be up to a first-degree felony charge as opposed to the class B misdemeanor for possession of the actual plant material in a joint.  That means, the 17-year-old caught vaping THC can be arrested for a felony, the mom looking for relief from anxiety and a good-nights sleep may get charged with a felony, while the friend next to them smoking a joint will only face a class B misdemeanor.

What should you do?

So, what does all of this mean for 420 fans?  First, no matter what you hear on television, your friends, or your cop buddy in Arizona, you can and will still be arrested for possession of marijuana in the state of Texas.  Second, avoid the edibles, the vapes, and CBD oil because under current law they can carry stiffer penalties than traditional marijuana.  Lastly, if you are both committed to smoking weed and seriously concerned about your criminal record, you should stay within the limits of Dallas County.  You will still get arrested, but for the first offense you will at least receive a dismissal.  For those who live outside of Dallas County, remember to trust the attorneys at Goheen & O’Toole to help you navigate that marijuana charge until the laws in the state of Texas catch up to the shifting paradigm of the rest of the country.

Marijuana is still illegal to possess in Texas, but did a change in the Texas Agriculture Code affect the criminal ...
Learn More